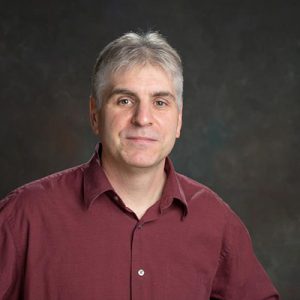 Dr. Roger Mailler is an Associate Professor of Computer Science with the Tandy School of Computer Science at the University of Tulsa. He is the director of the Computational Neuroscience and Adaptive Systems (CNAS) lab, which focuses on the investigation of biological and artificial systems that adapt in order to solve problems.

Dr. Mailler is an NSF Career award winner, whose research in distributed problem solving has had a significant impact on the practical applicability of these techniques.  He has designed several best-of-breed algorithms including Asynchronous Partial Overlay (APO and OptAPO) and the Distributed Probabilistic Protocol (DPP) and has most recently shown that the behavior of dynamic, distributed problem solvers can be predicted using thermodynamic theory.  His methods have been used to solve problems in sensor networks, airspace management, traffic management, resource allocation, and human coordination.

Stemming from his interests in the origins of intelligence, Dr. Mailler’s most recent research effort has been the investigation of how the neurons within the organism Caenorhabditis elegans work together to form complex behavior. To date, his work has produced one of the most accurate 3D simulations of the locomotion of C. elegans ever created. He continues to build models of the nervous system to use in the development of next generation control systems as part of an AFOSR grant.

Dr. Mailler has long history of research beginning while serving on active duty in the USAF, where he received two AF Commendation medals. He was an integral team member on DARPA ANTS program while a graduate student at the University of Massachusetts, worked on the DARPA REAL program and was an academic liaison to AFRL while a postdoctoral associate at Cornell University, was a technical director on the DARPA Coordinators program and Principle Investigator on the DARPA Bootstrapped Learning program for SRI International. Since joining TU in 2008 he has been the Principle Investigator for several AFRL grants investigating the distributed control of optical telescopes for satellite tracking and UAV allocation and planning.

Dr. Mailler is also the founder and former chair of the Heartland Gaming Expo. This annual event brings together students from across Oklahoma for a weekend of friendly competition. The event is considered to be one of the largest STEM initiatives ever started at the University.