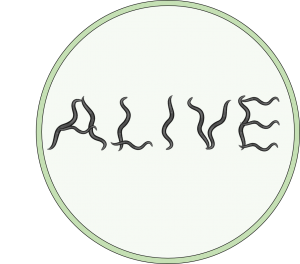 Nearly 50 years ago, Sydney Brenner introduced Caenorhabditis elegans as a model for studying developmental biology and neurology. Because of its simplicity, it has become one of the best understood organisms on the planet being the only one to have its cell lineage, genome, and nervous system completely mapped. Yet despite all of the effort that has gone into uncovering the secrets behind “the mind of the worm,” we still lack a compelling systems-level model for how the neurons and the connections between them generate the surprisingly complex range of behaviors that are observed in this relatively simple organism.

The ALIVE project seeks to rectify this deficiency by developing the first-ever complete model of the body and nervous system of C. elegans in a virtual environment that mirrors the physical properties of its natural world.